Unusually the formation of Association Sportive Marck can be traced back to a time when World War II was well and truly in full swing. In June 1941 three local men, Leon Delplace, Theo Clouet and Albert Petitpont decided it was time this small town in the suburbs of Calais had its first sports club. Currently the club has three other sections besides football. The club also fields teams in cycling, athletics and bocce, a derivative of petanque.

The 2000’s were a successful period for Marck as they rose from the regional leagues to the CFA2 division (Pool A) which is the fifth tier of French football for the 2006/07 season. They were promoted to CFA1 for the 2009/10 season but slipped back down after just one season, finishing 18th in the table. The club suffered a further relegation at the end of the 2011/12 campaign but returned from the regional Division D’Honneur at the first attempt. However this season Marck sit just above the relegation places.

While the 2011/12 campaign ended in relegation the season will live long in the memories of the Marckois as they enjoyed a fantastic run in the Coupe de France. The Reds had battled their way through the four qualifying rounds that CFA2 clubs face before being drawn away to Aire-sur-la-Lys in the seventh round. A slender 1-0 win saw them draw Ligue 1 side Reims in the next round. A marvellous 2-1 victory saw the minnows into the pot for the round of 64 draw. Again they were paired against top flight opponents in the form of Olympique Nice. The brave Marckois went down two nil to their visitors in a match staged in front of 7,000 spectators at Racing Calais’ Stade de L’Epopee.

The Stade Jean-Claude Agneray, named after a local mayor, is a very modern facility sporting a most curvaceous and well made stand, the wooden beams firmly bolted into place supporting the roof. Though visually stimulating, the curves and open front mean that in inclement weather the 800 seater is rather drafty.

Today is about Marck’s second string who compete at the eighth tier in the Nord Pas de Calais Ligue Promotion D’Honneur. Sadly they currently lie equal bottom of the table having endured a torrid season to date. Today’s visitors are the first team of St.Pol-sur-Ternoise, a small town near Arras. The visitors start the game in fourth place.

Given the positions in the table it’s no surprise that it’s the visitors that seize the initiative. After battering the home goal throughout the first half they take the lead when Aurelién Thellier thumps the ball into the net with some relish. Two minutes into the second half and the visitors double their lead when Christophe Lagache outpaces the home defence and finds the net with ease. Marck then enjoy their best spell of the game and visibily grow in confidence. On 61 minutes they reduce the arrears when Jordan Betaz’s powerful shot takes a wicked deflection off Cyril Bridoux leaving the visiting goalkeeper with no chance at all. Try as they might the home side cannot force an equaliser, Julien Baude’s frustration getting the better of him as he earned a second yellow card in injury time.

Attendance: 52 (at the Stade Jean-Claude Agneray) 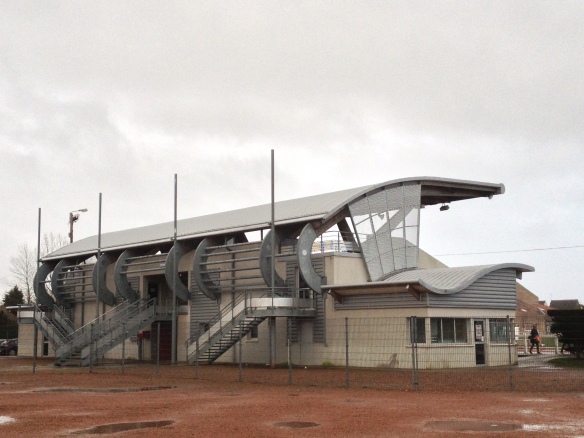 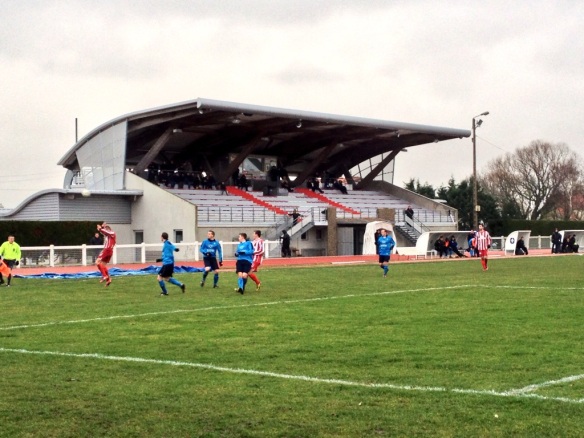 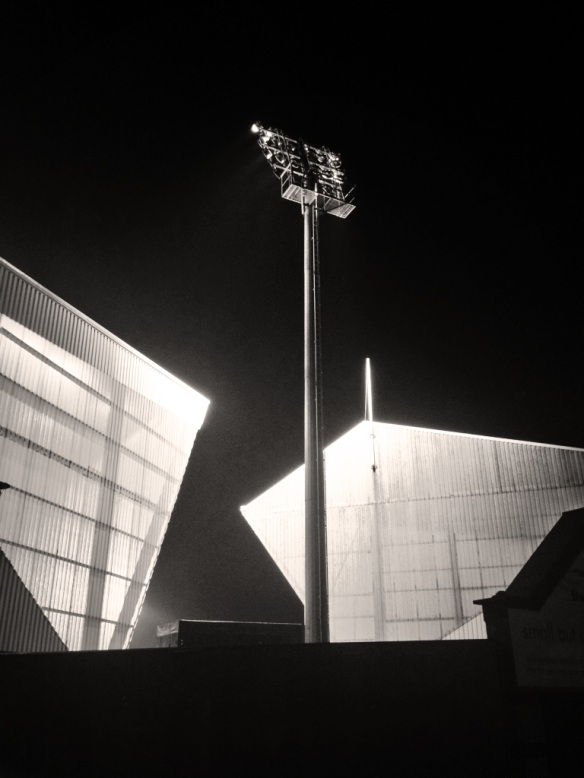 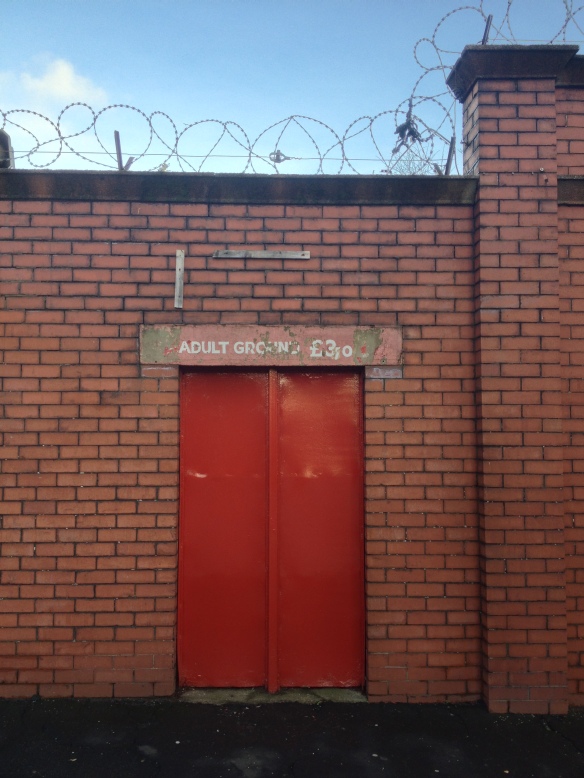 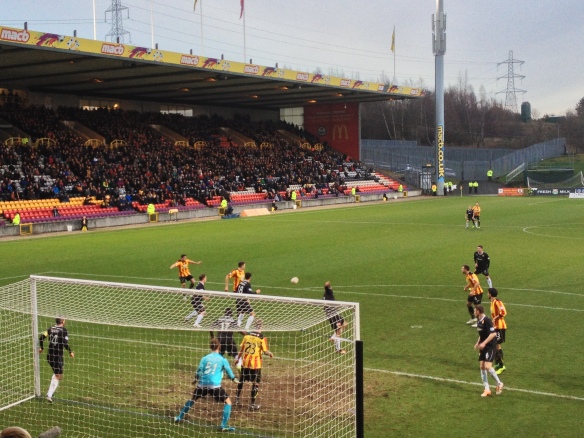 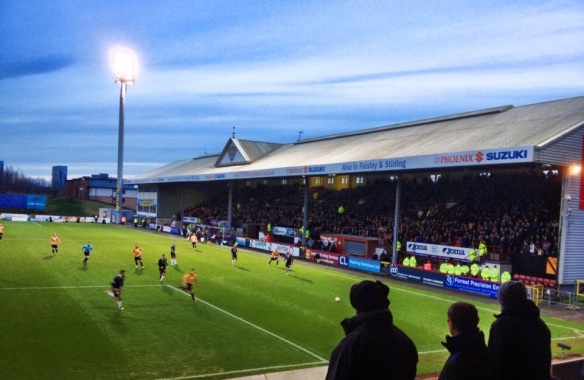 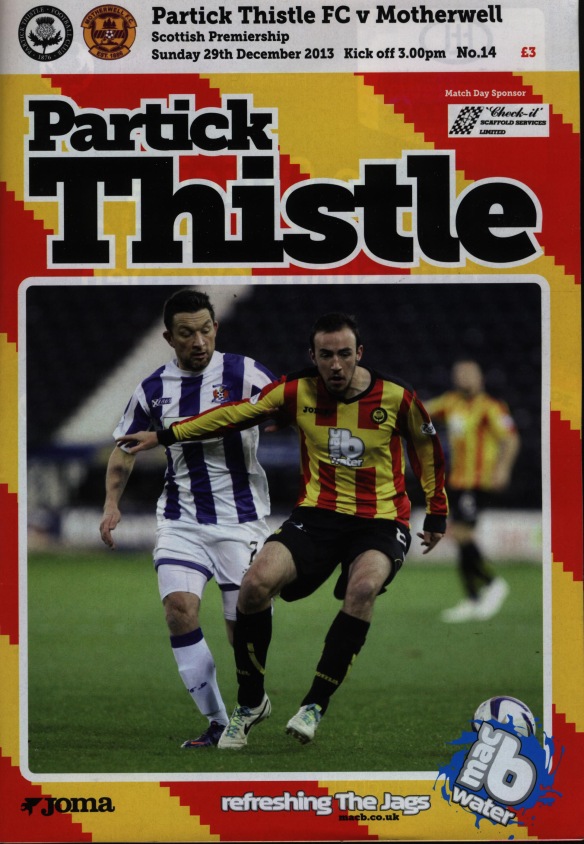