The current club SV Zulte-Waregem is the result of a 2001 merger between former top flight club KSV Waregem and Zultse VV. KSV Waregem were formed in 1925 as Waereghem Sportif and spent nearly 30 seasons in the top division of Belgian football. Their best finish in the top flight was fourth which they achieved on three occasions, most recently in 1992/93. Waregem also won the Belgian Cup in 1974, defeating KSK Tongeren 4-1 in the final. They also had a decent pedigree in Europe, even reaching the semi final of the UEFA Cup in 1985/86. They defeated Aarhus (6-2 on aggregate), Osasuna (3-2), AC Milan (3-2), Hajduk Split (won on penalties after a 1-1 aggregate draw) before bowing out 7-3 on aggregate to 1.FC Köln.

Ten years later Waregem ended their time in the top division and by 1999 had sunk to the third tier. By 2001 debts had become insurmountable and the club only survived in any form by merging with Zultse VV, adopting the latter’s matricule and rebranding as SV Zulte-Waregem.

The newly merged club won promotion to the top flight in 2004/5 and a year later defeated Excelsior Mouscron in the final to win the Belgian Cup. This took “Essevee” into the UEFA Cup the following season. After successfully negotiating a group that included Austria Wien, Espanyol, Sparta Prague and Ajax, the Reds succumbed to Newcastle United in the round of 32.

The 2012/13 campaign saw Waregem finish runners up in the Pro League to Anderlecht falling just two points short of the title. A second Belgian Cup came the clubs’ way last season when they defeated KV Oostende 4-2 on penalties after a thrilling 3-3 draw at the King Baudouin Stadium in Brussels.

The new club had its offices in Zulte but used the former home of KSV Waregem, the Regenboogstadion. The “Rainbow” Stadium was opened in 1957 as the host venue for the UCI World Road Cycling championships. The name of the stadium comes from the rainbow jersey worn by the World Road bike champion. The stadium holds 12,500 at present but work is underway to in fill two more corners, the lakeside corner already being opened and used to house away fans. The stadium was significantly renovated in 2015, to become UEFA compliant, the club had previously held many of its European ties at Gent. Once the corner stands have been completed the stadium will hold 14,300 people.

Tonight’s game is a big derby match against near neighbours, KV Kortrijk. The away fans released a big red flare as the game kicked off while Zulte’s ultras released red and green smoke bombs in the steep terrace behind the goal. Its a noisy start to the game but the visitors puncture the fervor when Teddy Chevalier arrived unmarked in the hosts penalty area to open the scoring. Zulte almost immediately levelled with a goal from Peter Olayinka. Kortrijk took the lead again on 40 minutes when Bennard Kumordzi nodded in a lose ball. Again Zulte had the chance of an almost instant reply when they were awarded a penalty. However the chance was missed when Timothy Derijck’s weak spot kick was saved by Thomas Kaminski in the Kortrijk goal. Moments into the second half though, Zulte had their equaliser when Onur Kaya netted in front of the ultras.

Despite both side going for it in an open second half, there were no further goals and perhaps a draw was the right result. Kortrijk’s fans were clearly pleased with the result as their fans let off a barrage of red smoke bombs outside the ground much to the consternation of the local police.

Football in the East Flanders town of Deinze (pronounced Dynzer) was served in the early twentieth century by Donza Football Club Deynze and then after the First World War by Sporting Deynze which were born out of the ashes of the old Donza club. By 1921 Sporting Deynze had folded and the town were left without a football club.

In a meeting at the Café du Sport on March 12th 1926, Albert Van de Sompel chaired a meeting to form a new club to represent the town. Initially the new club, Sportkring Deinze joined the Flemish Football Association but within eight days they had been affiliated to the Belgium F.A. and were allocated the matricule number 818.

The new club opted for “non-political” colours of orange and black suggested by founding member Emil Torck whose property had links to Queen Wilhelmina of the Netherlands. Having decided on a kit the choice of a home ground was problematic. The clubs’ initial friendlies were played on a pasture in Petegem-Dries with the goalposts having to be carried up from St.Hendricks College! Eventually the club approached local landowner, who rejoiced in the name of Count Sixtius Pierre Marie Ruffo de Bonneval de la Fare des Comtes de Sinapoli Calabria, he was known locally as the Castle Lord of Astene. He owned an abandoned field near the railway line and was more than happy to grant the club free use of the field known as Aston Drove. The first game at the new ground was on June 6th 1926 and a 1-1 draw ensued against the visitors of SK Nevele.

The new club though had a troubled infancy which mainly concerned their membership of the French speaking Belgian F.A. The Flemish speakers, led by founding member Albert Van de Sompel, broke away from Sportkring and formed their own club, FC Hooger Op Deinze, affiliating to the Flemish F.A.

Aston Drove was requisitioned by the Germans during World War Two and when the club regrouped after the hostilities they found their ground had been turned into a junkyard. After clearing the site the club resumed playing matches in 1946 and a year later erected a grandstand at the ground for the first time. It remained the club’s home ground until the 1970’s when the descendants of the Earl gave notice of eviction to the club so they could sell the land.

The Mayor of Deinze, Ernest Van de Wiele, stepped in and land was made available alongside Canal Schipdonk. The new ground was ready for the 1978/79 season and a year after taking up residence a new grandstand was built. This edifice had a relatively short live span when in 2005 it was replaced by the present structure which boasted meeting rooms and far superior facilities for the club. The eye-catching, tree line covered terrace was opened in 1992 when the club won promotion to the Third Division.

The club had steadfastly remained in the “promotion” league at levels four to seven for all of their existence until the late 1980’s when success finally came their way. Two second place finishes in 1989/90 and 1990/91 were followed by a championship win in 1991/92. Not content with a first ever season at the third tier, Deinze won the league for a second straight promotion. The Orange and Blacks enjoyed a sixteen season stint in the Second Division with their best finish being a third place, and qualification for the final round play offs, in 1996/97. Deinze were relegated at the end of the 2008/09 season and it took six seasons before they once again gain elevation to the second tier. A second place finish in Division 3A was achieved under the guidance of Belgium international legend, Jan Ceulemans. Despite finishing six points behind champions, KVV Coxyde, Deinze met the strict licensing rules for promotion, which sees Koninklijke Maatschappij Sportkring Deinze playing once again at the highest level in their history for the coming campaign.

Tonight’s match see’s the local side take on the might of Jupiler Pro League stalwarts SV Zulte Waregem. It’s a warm night and the pace of the first half in particular was almost sedentary. The only goal of the first period came from the skilful and hugely impressive Stephen Buyl. It was the pacy winger that struck again early in the second half before setting up captain M’baye Leye for a tap in third. The scoreline was a little harsh on the hosts but they will certainly need to sharpen their own forward play for the challenges of Division Two. 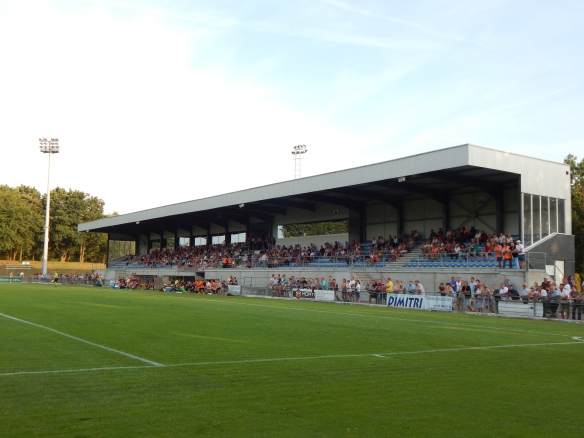 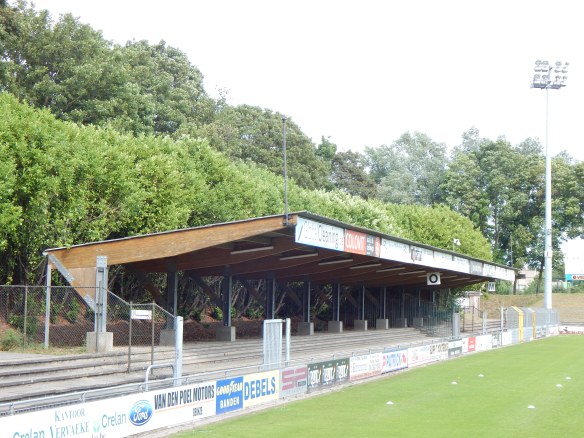 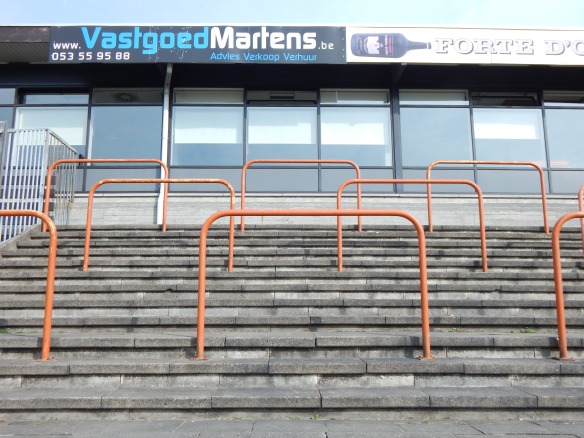 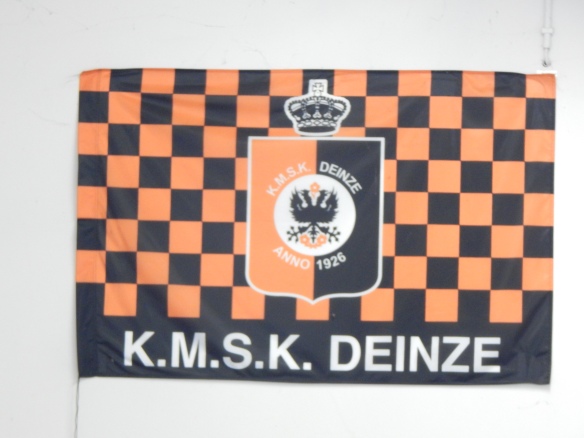