Sport und Spielvereinigung Velbert were originally formed in 1902 as Velberter FC 02. The club underwent a number of mergers and demergers including an enforced wartime merger with Borussia Velbert due to a shortage of players. In the immediate post World War II years the town had two rival clubs SSV and VfB but by 1961 SSV had become the dominant force, competing at the then third tier Amateurliga Niederrhein. VfB struggled and eventually threw the towel in and merged with SSV in 1964.

The merged club rose to the second tier of the Regionalliga West by 1969 but a steady decline followed and by the end of the century Velbert were in the sixth division of German football.The turn of the century saw the club performing better on the field, winning the Oberliga Nordrhein but insufficient financial guarantees saw them denied a promotion to the Regionalliga West in 2003.

Velbert finally climbed to the fourth tier in 2012 winning the Oberliga Niederrhein. Their stay lasted just two seasons although they gained an immediate return winning the Oberliga at the end of last season. The man that guided them to promotion was Lars Leese who after a modest career with minor German clubs suddenly found himself keeping goal for Barnsley during their brief stint in the Premier League. Leese surprisingly left Velbert for DSK Köln in the close season.

Velbert play at the delightful Stadion Sonnenblume which can hold 4,702 people. The stadium was opened in October 1969 and incredibly the whole stadium was built in under five months. Velbert’s first opponents at the new ground were TSV Marl-Hüls. Their second match was against near neighbours SV Wuppertaler, and this set the all time attendance record at the Sonnenblume of 13,000. Prior to the opening of the Sonnenblume Velbert had played most of their existence at a ground called Platz Am Wasserturmhochaus. This venue was considered unsuitable for Regionalliga football and the first seven games of the 1969/70 were spent playing in Ratingen before the Sonnenblume was ready for inauguration.

Known since a 2012 sponsorship deal as the Christopeit Sports Arena the ground boasts a covered grandstand and open terrace one side and a long open terrrace on the far side. This area is segregated and today houses a decent sprinkling of visiting fans from Rot-Weiß Oberhausen. Both ends are curved with ample terracing some of which has seen nature take over with grass covering the concrete steps.

This afternoon’s game is a very one sided affair as Oberhausen dominate proceedings from the off. Aside from a brief period when a towering header from Velbert skipper Niklas Andersen got the hosts back in the game the result was never truly in doubt. Andersen then scuppered his sides chances of a comeback when an injudicious challenge was punished with a second yellow card. 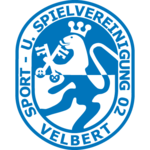 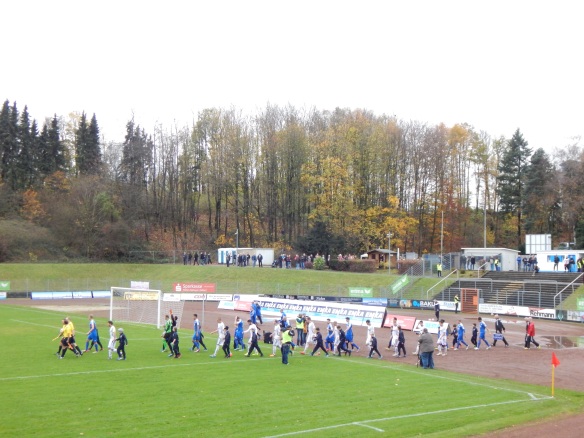 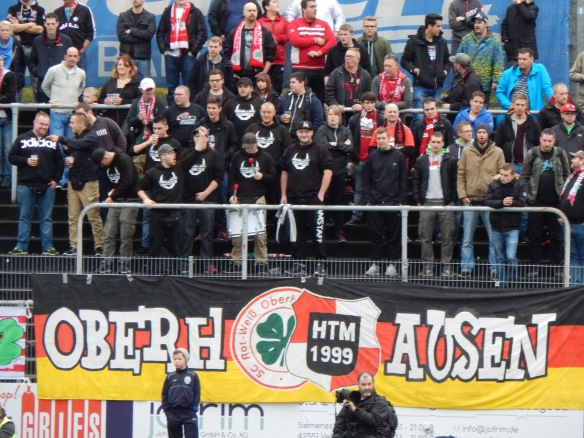 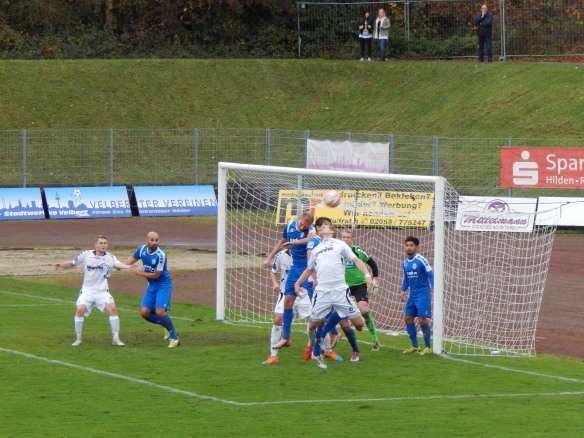 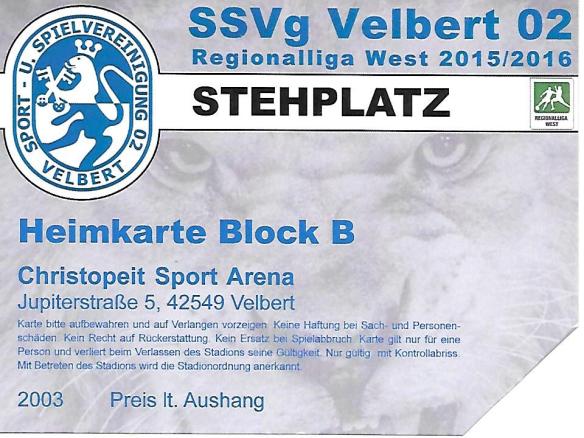