FC Hennef 05 were formed in July 2005 when TuRa Hennef and FC Geistingen decided to pool resources and merge into one club. The roots of the merger start in 1916 when Viktoria Geistingen were formed at a meeting in a restaurant called the Gaststätte Waldfrieden. In the neighbouring town of Hennef a football wing of 1895 Hennef Turnverein was established and in 1938 merged with a field sports club called TuRa Hennef. After a brief merger between Hennef and Geistingen as SSV Viktoria Hennef-Geistingen, the clubs re-emerged after World War II continuing as TuRu Hennef.

The 1950’s proved to be a zenith in the achievements of TuRu Hennef rising to the then third tier Mittel Rhein Liga. In 1968 a new club, FC Geistingen were formed, but never reached the levels of their neighbours in Hennef.

The 2005 merger proved mutually beneficial with the club going on to enjoy unprecedented success. In 2011/12 they won the Mittel Rhein Liga and also took the Mittel Rhein Pokal when they defeated FC Erftstadt 3-0 in the final in Bonn. As regional cup winners Hennef entered the DFB Pokal for the first time in their history and were drawn against Bundesliga 2 opponents, the mighty TSV 1860 München. The game was staged at Sportpark Nord in Bonn and the guests unsurprisingly won by six goals to nil.

The club then won the Mittel Rhein Liga in both 2012/13 and 2013/14 for a hat-trick of championships. The club then decided they were on a sound enough financial footing to seek promotion to the fourth tier Regionalliga West.

The club play at the 2,000 capacity Stadion im Sportzentrum Hennef which lies in Fritz-Jacobi-Straße and has seen a considerable sprucing up since their elevation to the fourth tier. €400,000 were spent on a new stand for away supporters and big improvements have also been made to the dressing room facilities. It is now a very smart arena and today welcomes SV Rödinghausen who are themselves finding their feet in the fourth tier following an incredible five straight promotions.

The transition to a higher level has been tough for Hennef and they go into the match rock bottom of the table with only one point to date. This is a game left over from round nine which was a midweek round, Hennef unable to stage evening games due to the lack of floodlights at present. The game is slow paced and very few chances are created, those that came were squandered with alarming profligacy. Unsurprisingly the match finishes goalless so it is nice that the very friendly hosts have finally got the points column of the league table clicking over again. A lovely club with a great spirit but it looks almost certain that Regionalliga may prove one step beyond for them this season. 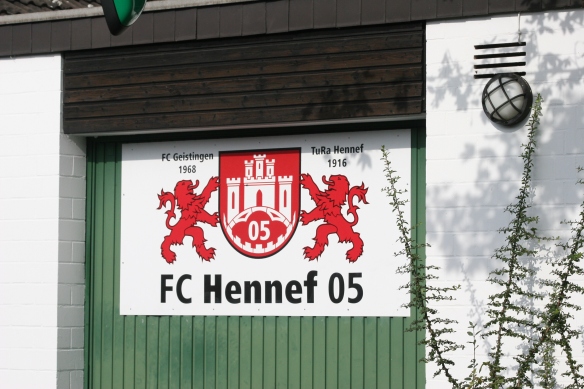 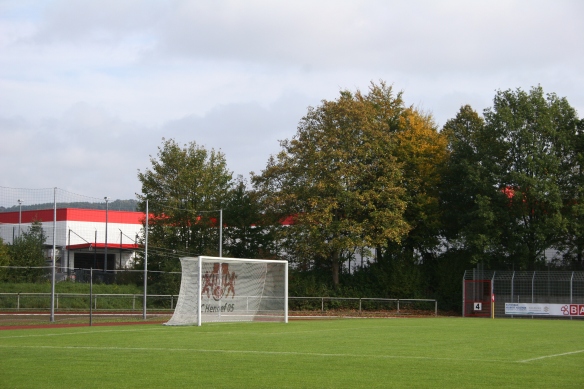 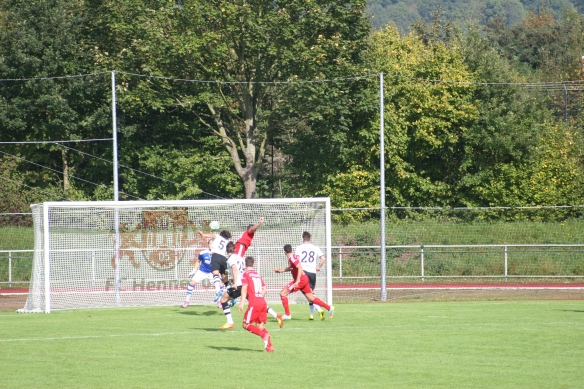 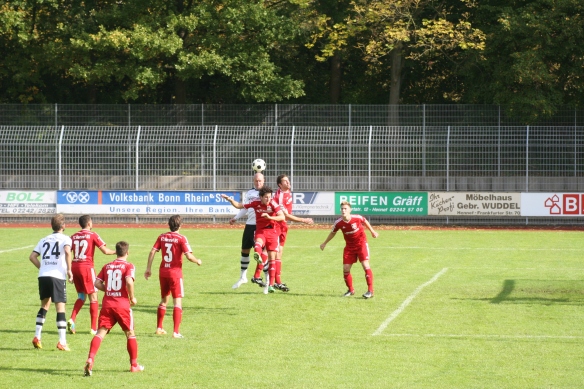 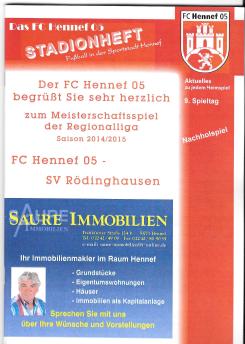 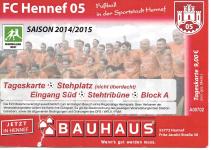