On the 20th of July 1974 Turkey launched Operation Attila, a military invasion of the island of Cyprus. After a month of hostilities the military junta running Cyprus had collapsed and Turkey had captured some 40% of the island. Around 150,000 Greek Cypriots were expelled from the captured northern part of the island this was approximately a quarter of the entire population of the island found itself displaced. A year or so later around 60,000 Turkish Cypriots were similarly expelled to the occupied North.

A still existent “Green Line” was established and monitored by by the United Nations and in 1983 the occupied area was declared independent as the Turkish Republic of Northern Cyprus. In the intervening years only Turkey has recognised the independence, to the UN the area very much remains a disputed territory.

Since April 2003, however, relations thawed sufficiently for border crossings to be opened between the north and south. There are five principle crossings the main one is called Agios Dometios (also signposted Metehan or Kermiya) and is in the west of Nicosia close to the racecourse. The other crossing points where you can cross with a vehicle, bicycle or by foot are at Dhekelia (also known as Beyarmudu, Pergamos or Pile), Akyar (also called Strovilia or Azios Nikolaos) in the British Eastern Sovereign Base Area on the Larnaca to Famagusta road and also Yesilirmak (also known as Limnitis) near Guzelyurt (Morpho). There is another crossing near the Ledra Palace in central Nicosia but is only open to pedestrians, cyclists and diplomatic vehicles only.

The catch with vehicle access in a hire car is insurance. Neither areas recognise each others insurance and while you can buy additional insurance at Agios Dometios hire car companies in the south strongly advise you park at the border and cross on foot. Their insurance states you will be fully liable for the cost of the entire car if it is damage or held in Northern Cyprus for any reason.

However, crossing on foot is simple enough, a cursory glance of your passport and your in, no visa required. There are taxis available on the Turkish side and after a short wait one dropped us at the Lefkoşa Atatürk Stadium. The taxis will also accept euros. Lefkoşa is the Turkish name for Nicosia which is also known as “The City that Smells of Jasmine”.

The KTFF (Kibris Türk Futbol Federasyonu) operates two 16 club divisions called the SüperLig and 1.Lig. Today’s game at the Atatürk Stadium is a SüperLig clash between Gençlík Gücü and Ozanköy who are third bottom and bottom of the table respectively. The stadium also hosts the home games of Çetinkaya and Yenicami so plenty of options for matches here.

The stadium looks older but was opened as recently as 1990 and features epic terracing and old school floodlight pylons. The most noticeable feature however is the huge Turkish Northern Cyprus flag gauged into the Pentadactilos mountain range.

The Atatürk Stadium has a capacity of 24,000 but only the inauguration match, between Istanbul giants Fenerbaçhe and Sarıyer, attracted a crowd anywhere near that capacity. Today’s game cost 20 Turkish lira (around £4) to get into. Despite both clubs struggling in the league the football is a very decent standard and there is a good vibe among the small crowd. A wide range of snacks and drinks are available in a pop up kantina. A pot of sweetcorn with grated cheese seems very popular at 10 lira. A really entertaining encounter sees the hosts win 4-2.

On this exciting trip I found the people of North Nicosia friendly and welcoming and highly recommend a detour to this overlooked part of this wonderful island. 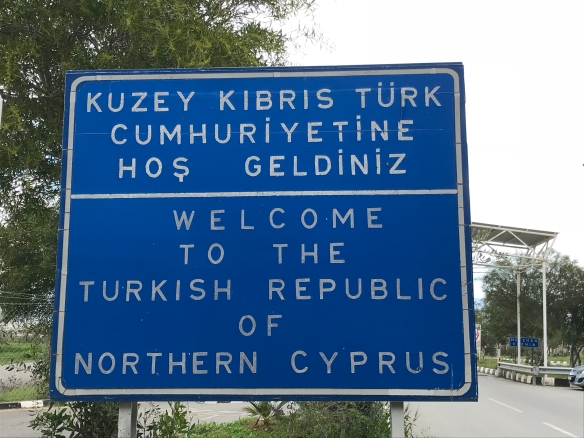 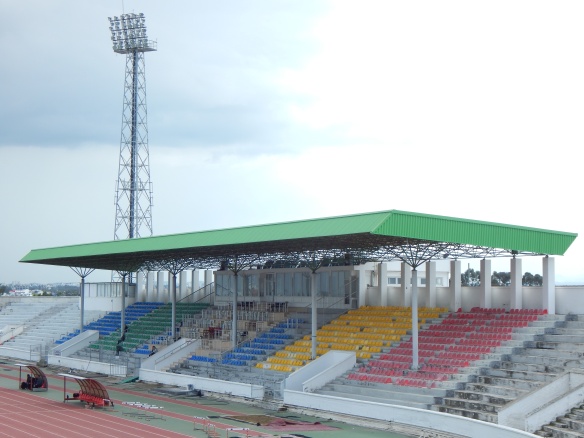 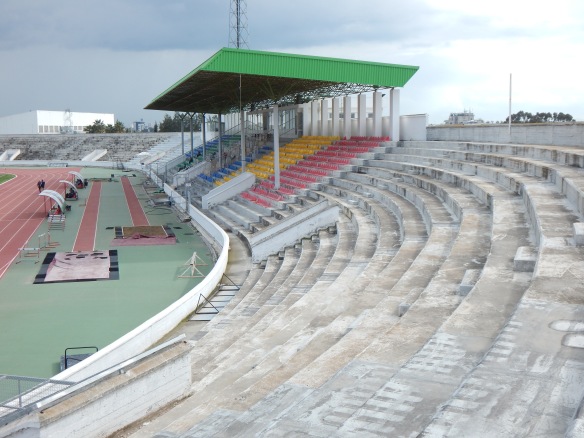 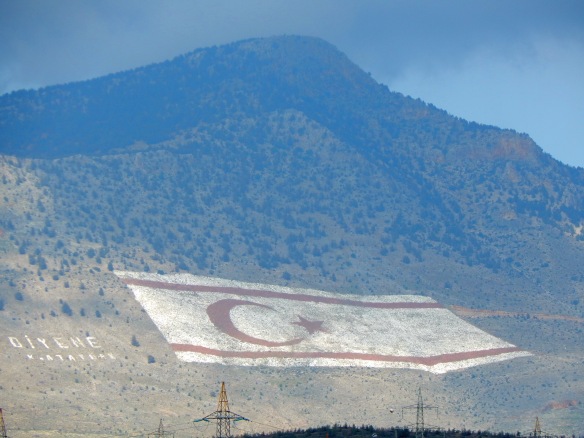 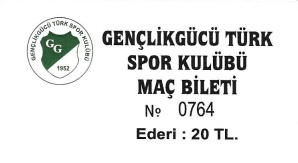