Rheydter Spielverein (pronounced Ride-ter) were formed in 1905 by members of the Rheydter Turnverein, a gymnastics club formed in 1847. The gymnastics club refused to diverge into football so a separate club was formed which nowadays not only maintains a football club it has handball, tennis, table tennis and hockey sections. Within three years of forming the club had won the Rheinisch-Westfälische district league.

The club are based in the outskirts of Mönchengladbach and have played at the incredible Jahnstadion since September 1922. During its heyday, following expansion in 1947, the stadium could accommodate 40,000 spectators. In 1950 Rheydter had reached the top level of German football, the Oberliga West, and enjoyed a further season at that level in 1954.

The club steadily declined from this heady zenith and the Jahnstadion grew older in the way only football stadiums can. The terraces began crumbling and became overgrown with moss and other vegetation. At one end of the ground the war memorial with the names of fifty odd lost sons grew a little more faded. The only cosmetic change to it came in the mid 1990’s when RSV acquired the scoreboard from Borussia’s old Bökelberg Stadion and it was sited on the opposite end to the memorial. Times grew tougher for RSV and they eventually sold the scoreboard back to Borussia so it could be used by their second team whose home games are played in the Grenzlandstadion, an athletics stadium next to the Jahnstadion. It still has vintage floodlights which emit a strangely ethereal greeny/orange glow and look like it they would fry anything that happens to fly too close to them.

RSV last played at level five of German football in season 2002/03 when a sixteen season stay in the now obsolete Oberliga Nordrhein ended in a bottom place finish. More recently the club has been toling away in the murky depths of the Bezirksliga, the seventh level of German football. With home games rarely in three figures these days the local authorities have decided there is no longer a need for such a vast stadium in Rheydt, albeit these days with a reduced capacity of 20,000. The plan is to renovate the main stand and effectively have a one sided ground with all the terracing removed. This will make space for two full size artificial pitches for the club which will see new revenue streams open up.

While it was initially stated the work would begin at the end of the 2018/19 season the club have been told they will be staying put at least until the end of 2019. So if you want to see this magnificent relic before it’s substantial reduced in size and appeal make sure you visit before Christmas. For an old stadium romantic like me the planned downsizing will be an act of social vandalism, terracing is as elemental to a grandstand as the sun is to rain. 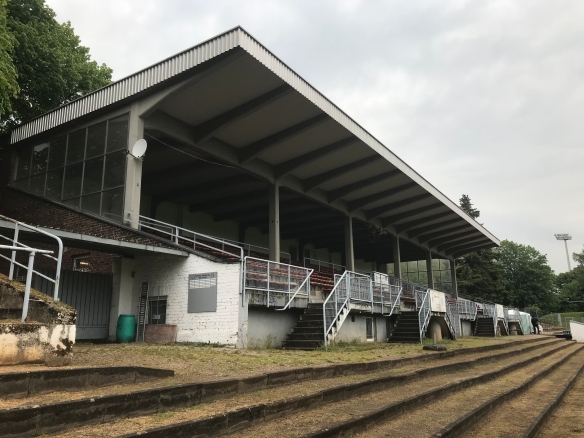 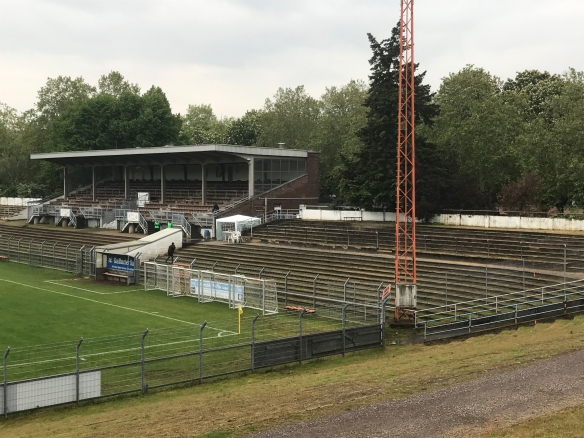 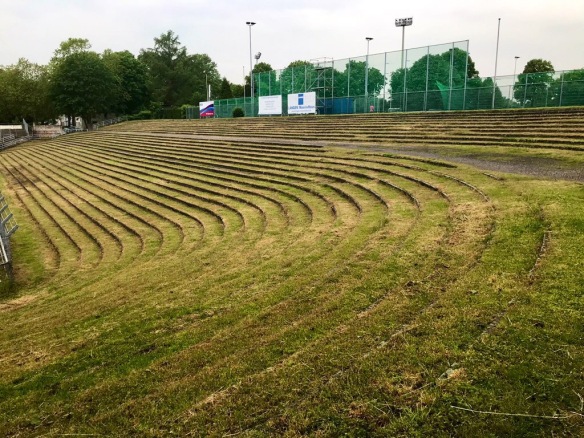 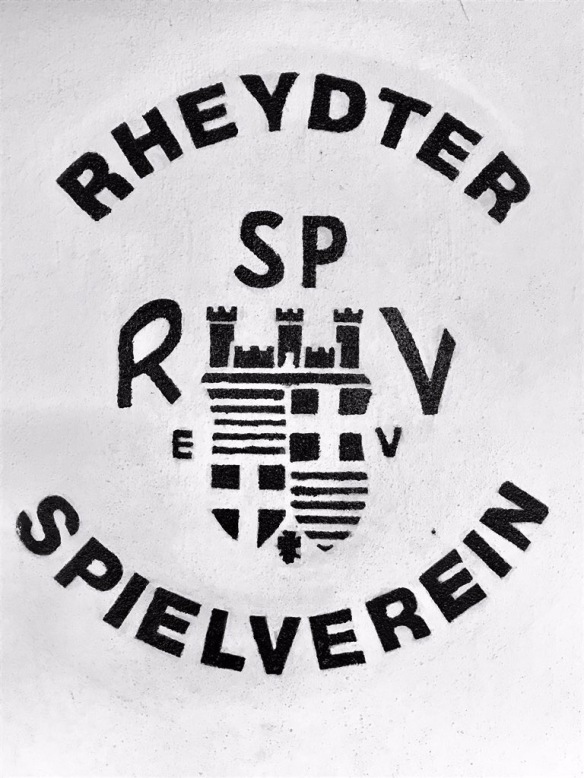