Valenciennes Football Club was first established in 1913 just before resources would become meagre due the outbreak of the First World War. This resulted in a merger three years later which produced the new combined name of Union Sportive Valenciennes Anzin. After a modest start in local amateur football the club turned professional in 1933 and engaged several foreign players including the Englishmen Peter O’Dowd, previously with the likes of Chelsea and Burnley, and George Gibson who had struggled to make the grade with both Sunderland and Leicester City.

The club gained promotion to Ligue 1 for 1935/36 but struggled in the exalted company and were promptly relegated. It was the first of 38 seasons in the top flight enjoyed by “The Athénians”. The intervening years passed relatively unremarkably until 1993 when Valenciennes were caught up in the Marseille bribery scandal which let to OM being stripped of their European Cup win. The man at the centre of the scandal was Marseille chairman Bernard Tapie who was found guilty of bribing Valenciennes players, Jorge Burruchaga, Christophe Robert and Jacques Glassman. The three accepted the bribe to “take it easy” against Marseille as they had the European Cup Final just a few days after a league encounter.

Players left the club in droves out of embarrassment or not wanting to be tarnished with the scandal and subsequently Valenciennes dropped down in successive seasons to the third tier. By 1996 the club were bankrupt and reformed as Valenciennes AFC in the fourth tier Championnat de France Amateur.

The road to recovery started in 2004/05 when the club won the Championnat National and a year later captured the Ligue 2 title as well. After eight season in the top flight Valenciennes were relegated at the end of the 2012/13 campaign and with came a new financial plight. The club were threatened with a return once again to the amateur ranks at level four before a last minute takeover by Jean-Louis Borloo steadied the ship sufficiently to allow the club to continue at level two.

The Stade du Hainaut was opened in July 2011 at a mind boggling cost of €75 million. It holds 25,000 people but at Ligue 2 level the capacity is never tested. Previously the club had played at the adjacent Stade Nungesser, which was demolished in 2012, except for the entrance gates at the Avenue de Reims end of the old venue. The Nungesser had been opened in 1929, named after after Charles Nungesser a locally born fighter pilot, and was pivotal in the clubs ascent into the professional ranks. 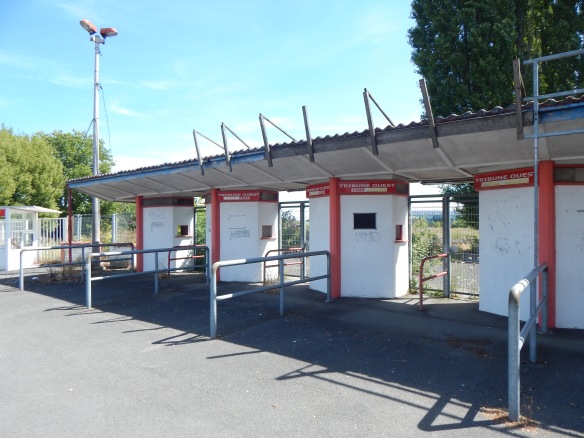 The remains of the entrance to the old Stade Nungesser

The Stade du Hainaut is quite magnificent, a space age chrome wrap is the only deference to an ocular assault in vivid red. With 25,000 seats it is undoubtedly too big for the club while the club languish in the second tier but the latest man tasked with changing that is the respected Bosnian coach Faruk Hadžibegić. He joined the club in January 2016 but could so little to stop the team finishing in mid table.

Today’s match against Stade de Reims is a turgid affair in stultifying heat. The two sides cancel each other out with the contest bogged down in midfield skirmishes and a considerable amount of stoppages due to injuries. Both goalkeepers were rarely tested with anything resembling a goalscoring chance and therefore it was no surprise that at full time neither side had troubled the scoreboard operator. 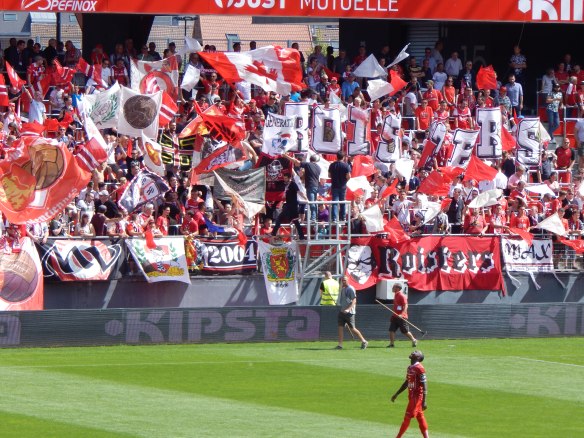 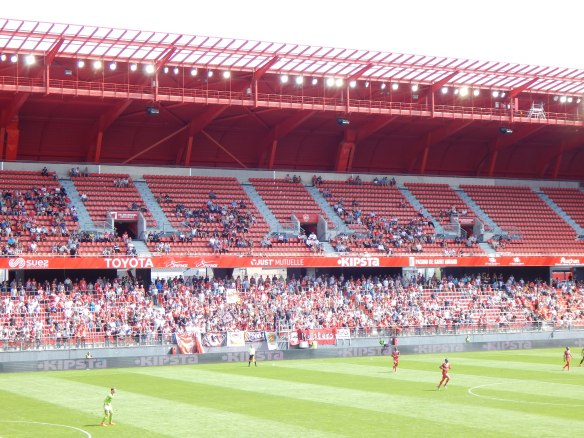 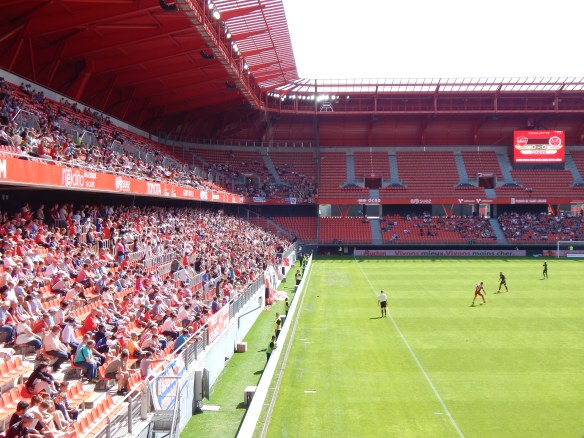 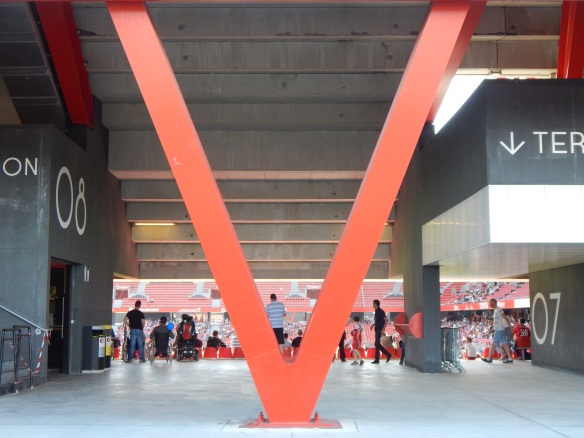