Hamburger FC Falke were formed in 2014 by disillusioned fans of Hamburger SV. Frustrated by the over commercialisation of their club they took a lead from the success of the FC United of Manchester club who have rapidly climbed climbed the ladder in England and have also built their own ground at Broadhurst Park. Falke are completely fan owned and financed.

They give an interesting account of how they found a suitable ground to use, not yet having the means to build their own. They considered a number of factors and grounds with artificial surfaces were immediately ruled out for aesthetic reasons. Limiting their scope in this way saw the fledgling board cast their net all around the Hamburg area for a club willing to share their natural grass pitch. They also wanted a clubhouse on site, sufficient capacity and a “facility with charm”.

One club that responded positively were SC Union 03 Altona, whose fantastic home at the Rudi Barth Sportplatz in Waidmannstraße ticked all of Falke’s boxes. They had previously sublet to the second team of Sankt Pauli so talks were held, and as the fit seemed right for both parties, a lease was duly signed for Falke’s first season in 2015/16. The Rudi Barth Sportplatz has a decent clubhouse, opened in September 1961, and the pitch is surrounded on three sides by steep terracing and a listed capacity of 6,500. The stadium takes its name from Rudolf Barth who was elected to the board of Union 03 in 1906 at the tender age of just 16. He would serve Union in numerous capacities for over 50 years. Originally Union had played in Langenfelde but had quickly moved to a better facility adjacent to the old Kaltenkirchener station. While they still attracted big crowds the ground never really recovered from losing the grandstand totally destroyed in the 1943 air raids, a fateful occasion as Union also lost all their club records. Eventually , this area was cleared when the current parcel sorting office was built in Kaltenkirchener Platz. Union were offered a piece of land a little to north of their old ground which became the Rudi Barth Sportplatz.

Union 03 were a major force in the 1920’s, qualifying for the North German championship round nine times and boasting a membership in excess of 2,000 people. They also played at a high level in the post World War II seasons but by 1963 when German football was reorganised, Union failed to qualify for the Oberliga Nord. This precipitated a sharp decline for Union who by the turn of the millennium had asked Altona ‘93 about a possible merger, a request that ultimately failed. Union struggled on and by 2012 had sunk as low as the ninth tier Kreisliga, although they soon won promotion to the Bezirksliga West they will be in the Kreisliga again in 1919/20 having finished nine points adrift at the bottom of the table this season.

HFC Falke though are heading in the opposite direction winning Kriesliga 2 in their first season they are competing in the Bezirksliga Nord this season. At the start of this season Falke welcomed Dulwich Hamlet in a pre-season friendly played at SC Nienstedten. Falke are riding high in the table when the reserves of Victoria Hamburg arrive for this morning’s game. After getting out the at Diebstiech S-Bahn station its a five minute walk to the stadium where entry is €5 and a further 50 cents gets you a very decent glossy programme. It’s immediately obvious that the Falke fans have tried to do something different and have cultivated a very friendly social vibe to attending a football match. There is a well stocked merchandise stall and a DJ plays some vintage 70’s and 80’s music from the likes of Buzzcocks, The Members, Cock Sparrer and the UK Subs! There is, of course, a barbeque and beer tent but also a pop up homemade cider stall and pétanque style game set up to encourage the social aspect. It has worked well, there are nearly 300 people enjoying the early morning sun including a higher than average proportion of women and children. Something good is building with Falke and the team continue to climb, going top of the table with a 2-0 goals with both goals coming in the last seven minutes of the match.

HFC Falke have the motto “dankbar rückwärts mutig vorwärts” which translates as “grateful backwards, courageously forwards” so it’s a shame to say the season petered out someone with the club finishing third and missing a promotion spot on goal difference. The club also announced after four happy seasons at the Rudi Barth Sportplatz they will spend the 2019/20 season at least at the Sportzentrum Steinwiesenweg, home of SV Krupunder/Lohkamp. They also marked their fifth birthday with another prestigious friendly against Belgian side YB SK Beveren on July 13th. 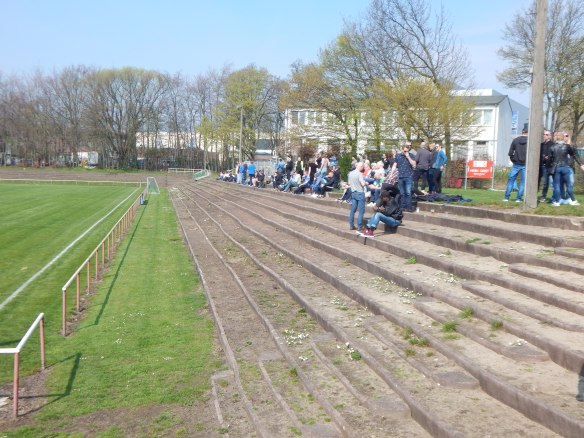 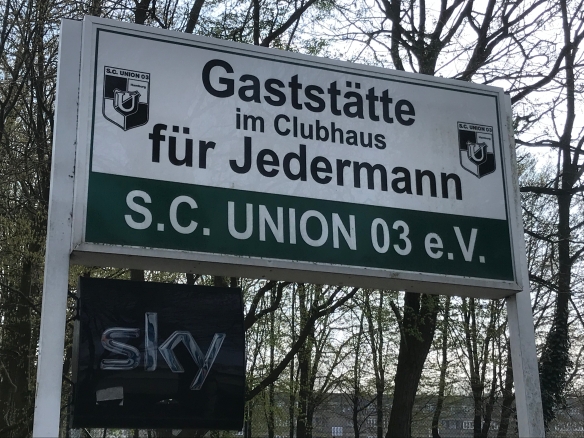 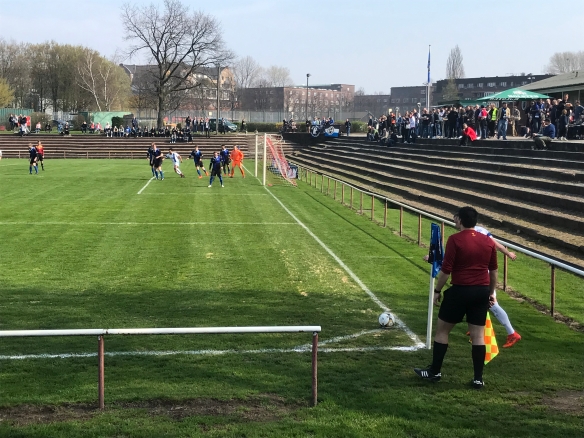 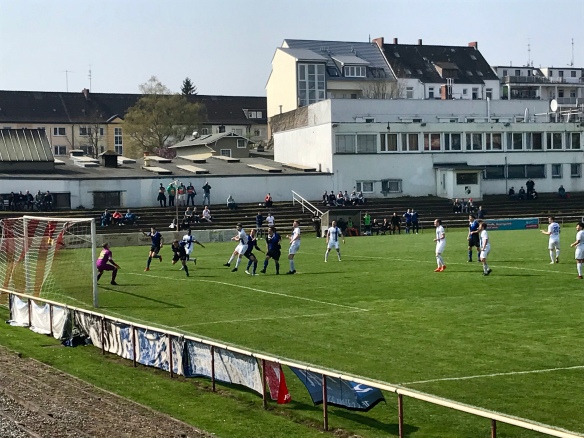 The original version of this article was published in issue 31 of STAND fanzine.