As a boy some of the mystical names of Soviet football really fascinated me, exciting names like Zenit Leningrad, Torpedo Moscow, Dinamo Tbilisi and Ararat Yerevan seem so beguiling yet somehow impossibly distant. It comes with unbridled joy on my behalf to have visited two of those boyhood wonderments in one trip.

Ararat Yerevan were formed in 1935 as Spartak Yerevan and spent many seasons in the second tier of the Transcaucasian League where their main rivals were Dinamo Tbilisi. Yerevan made it to the Soviet Top League for the first time in 1949 but it was the 1960’s that was to prove the making of the club, a decade which also saw them change their name from Spartak to Ararat in homage to the mighty and iconic mountain peaks that backdrop the city of Yerevan like a shrouded pathway to another continuum.

Despite relegation in 1963 the “White Eagles” surged back to the top tier in 1966 and stayed there until the break up of the Soviet Union in 1991. Winners of the Soviet Top League had been few and far between outside of the major cities of Moscow, Kiev and Leningrad. The turn of the decade, though, saw something stirring in the South Caucuses when Ararat finished as runners up in the Soviet League to Dynamo Kiev. Despite changing managers half way through the 1973 season new incumbent Nikita Simonyan oversaw a sensational league and cup double as Ararat won the league by three points ahead of Dynamo Kiev and also defeated Kiev in the Soviet Cup Final. The feat is immortalised by a huge statue of all the players and the trophy that looks out towards Ararat’s long time home, the gargantuan Hrazdan Stadium. 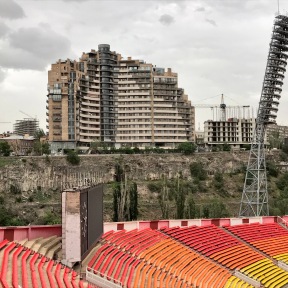 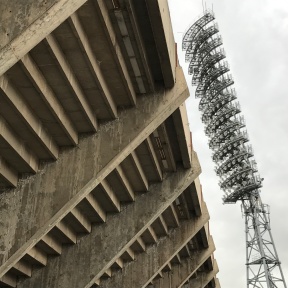 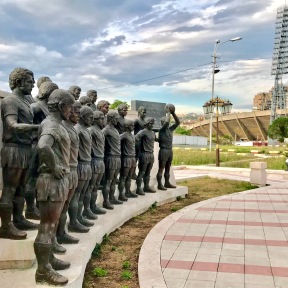 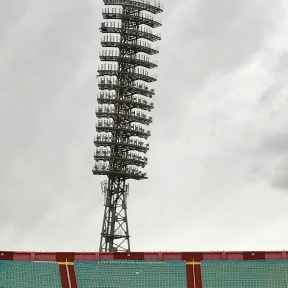 The championship naturally meant competing in the European Cup for the first time an Ararat distinguished themselves by defeating Viking Stavanger and Cork Celtic before bowing out at the quarter-final stage to mighty Bayern Munich. Ararat won the Soviet Cup again in 1975 defeating Zorya Voroshilovgrad in the final but the following years runners up positions in both the League and the Cup signalled the end of a golden era for the “Wings of the Soviets”. Their second round defeat to West Ham United in the 1975/76 Cup Winners Cup tournament was their last foray into European competition for two decades and not before the dissolution of the Soviet Union and a return to Armenian football.

The Armenian League started in 1992 and Ararat won the League and Cup double the following season. However, it has proven to be their last championship to date and despite four more Armenian Cup successes in 1994, 1995, 1997 and 2008 the league has been dominated by city rivals FC Pyunik who have won 14 of the 25 Armenian championships since independence. Ararat’s last sortie into European competition was in the 2008/09 UEFA Cup but they lost ignominiously to Swiss side Bellinzona, 4-1 over two legs, in the first qualifying round.

This season has been a real struggle for the once mighty White Eagles and they have propped up the six team league since the opening rounds. With such a small number of teams it means clubs play each other six times in a season and although they technically occupy a relegation spot the Armenian First League is made up almost entirely of reserve sides. Of the two first teams in the second tier, Erebuni will finish a distant last and the other side, Kotayk Abovian pulled out of the league and their results were expunged.

Between 1971 and 2015 Ararat played their home games at the incredible Hrazdan Stadium, hewn into a hillside its tiers lurch above the cityscape and its four iconic floodlight pylons can be seen for miles around. The ownership of the stadium fell into private hands and after a falling out between the owners and the Armenian FA over a proposed renovation programme to obtain a UEFA four star rating, no one has played there and, indeed, even the pitch was ripped up and not replaced. Since their eviction Ararat have played at the equally superb Republican Stadium but recently, due to poor results and lack of support, the more modest Ministry of Finance Stadium (also known as the Mika Stadium) has hosted their matches.

Despite free entry to the Mika there is scant interest in today’s game against FC Shirak from Gyumri. Officially 500 are in attendance although in reality less than half that figure was present, football fans in Armenia are apathetic due to constant allegations of bribery and corruption in the game. Seemingly more interest and excitement was obtained at the adjacent sports hall for an important Futsal match. Ararat look a poor side and the visitors, backed by a small band of supporters who have made the trip to the capital, soon rack up a three goal lead. Ararat did pull one back just before halftime but rarely threatened a comeback until an injury time goal made the final score seem closer than it actually was.

It is an enduring tragedy of Armenian football that its best loved and traditionally its best supported club languish so far away from their competitors. Sadly with finance a problem and a dispute between Ararat’s owners and the Armenian FA, it would seem that position is unlikely to change in the immediate future.

No admission charged, no programme 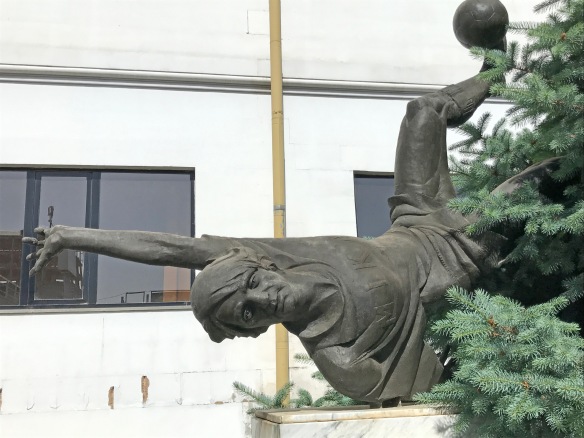 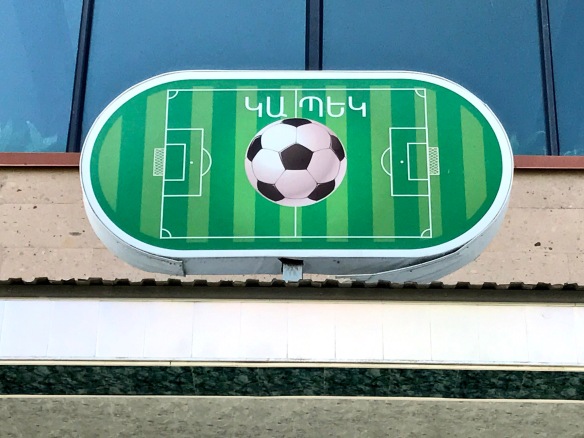 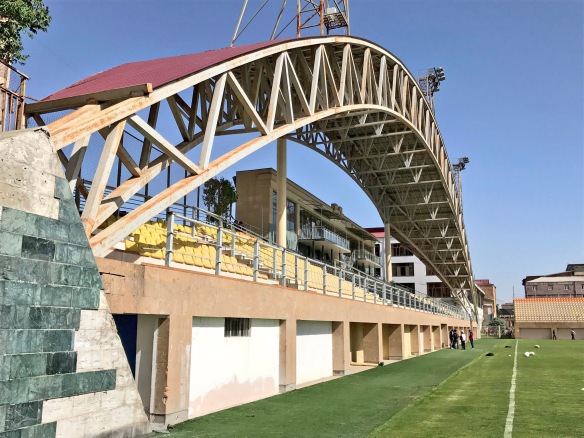 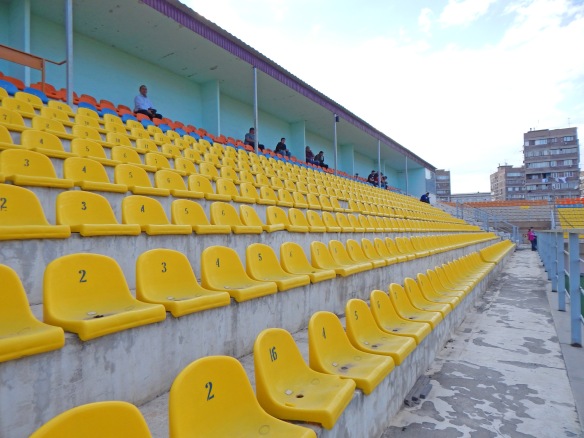 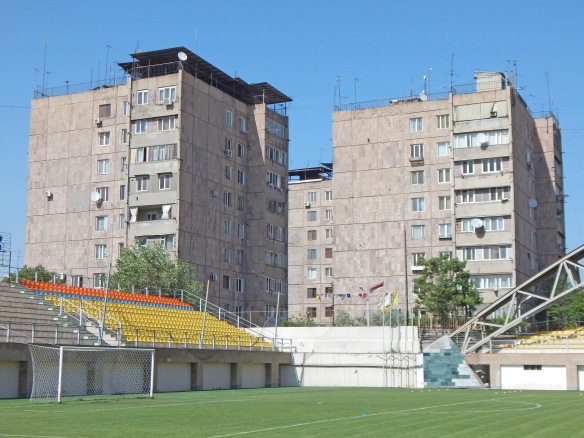 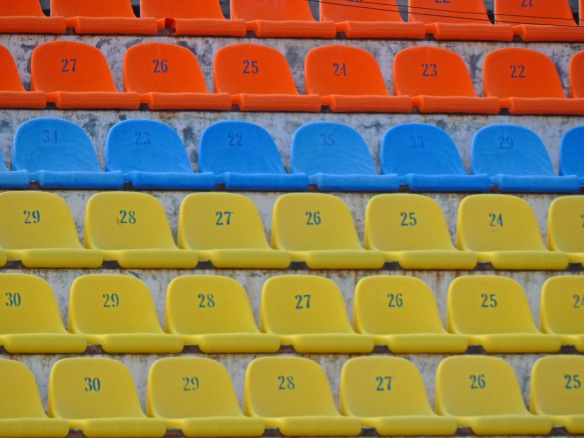 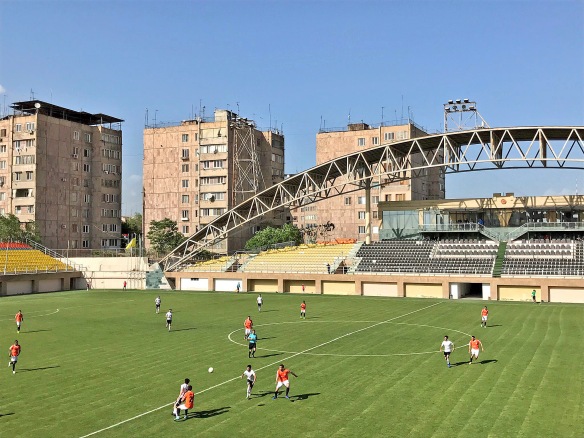 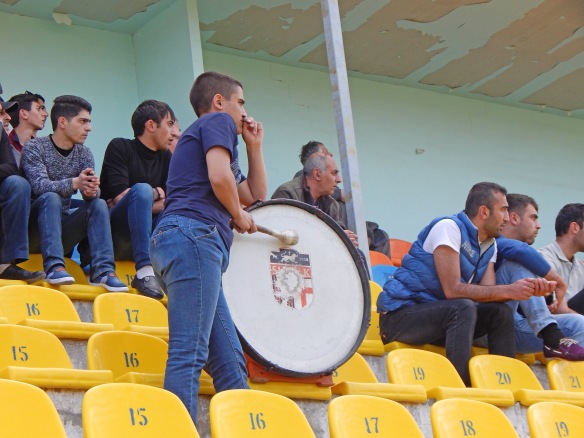 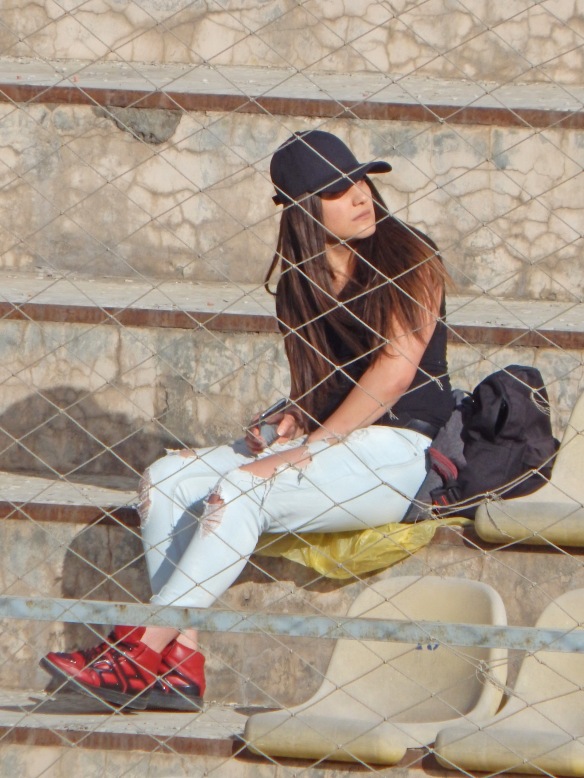 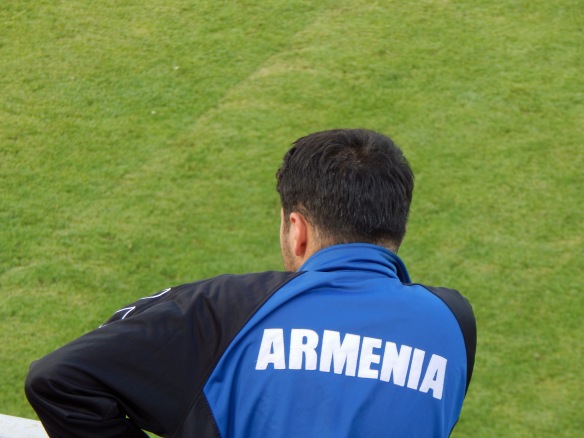