Bank Holiday traffic in the UK can be a royal pain in the proverbial so when it became clear that the plan to join the global gathering at Greenfield for the first game in the Welsh Alliance groundhop was going to be scuppered by a cornucopia of traffic delays, a back up plan needed devising.

The 6.30pm kick off arrived just as I drove into the principality so the only real footballing alternative was the 7.30pm start at Cymru Alliance club Cefn Druids.

“The Ancients” had moved from their previous ground in Plaskynaston Lane, now a Tesco superstore, to a newly built venue at The Rock in Rhosymedre in August 2010. The clubs’ roots are steeped in history, the current nomenclature being a 1992 union of the Cefn Albion and Druids United. The Druids were formed by David and George Thomson in 1869 as Plasmadoc FC, and as such are the oldest club in Wales. Based in Ruabon, within three years the club had been renamed Ruabon Druids after a merger with Ruabon Volunteers and Ruabon Rovers. After losing the use of Plasmadoc Park in 1878 the club were now playing at Wynnstay Park. The Druids had become a powerful force, becoming the first Welsh club admitted to the FA Cup and also competing in the Birmingham and District League. Ruabon holds another piece of footballing history as in 1876 the Football Association of Wales was established in the Wynnstay Arms Hotel.

Druids would merge again in 1920 with Rhosymedre FC who played at the Church Field, it was a marriage borne out of convenience as Druids were struggling financially and Wynnstay Park had become unusable. Three years later a further merger, with Acrefair United occurred. This meant a further name change from Rhosymedre Druids to Druids United. The club are eight times winners of the Welsh Cup and have a truly impressive honours list, staggering for a club from the small industrial village of Cefn Mawr.

Cefn Mawr (“the big ridge”) thrived while iron, sandstone and coal extraction was king, but by 1992 hard times meant that a final merger with village rivals Cefn Albion was a matter of mutual survival. The combined force saw no little success and The Druids competed in the Welsh Premier League between 1999 and 2010.

The village itself has had a rich industrial history, and it seems wholly appropriate that when a new location was needed for the new Druids ground a disused quarry was selected as the chosen site. Legend has it that this very quarry produced the stone used to build the nearby Pontcysyllte Aquaduct, a World Heritage site that spans the River Dee in all its multi-arch glory. It’s this very sort of past meeting present that makes this modern venue a truly beguiling one.

The new ground opened in August 2010 and sparked a revival in fortunes. In 2011/12 the club reached the Welsh Cup Final for the first time in many years and despite a 2-0 defeat to The New Saints, won a Europa League place for the following season. The Druids European adventure was short lived however, going down 0-5 on aggregate in the first qualifying round to Finnish side Mypa.

With a shiny modern home hewn carefully from the quarry yet retaining the eye catching escarpments Cefn Druids look set for a bright future with The Rock becoming a hub of village life. This Cymru Alliance match against Llandudno saw the Ancients systematically dismantle their guests in front of a healthy crowd of 236. Just three minutes into the game and skipper Robbie James slammed the Druids into the lead with a crisp drive. After 16 minutes Mike Pritchard’s goal bound shot hit James on the way past a stranded Andy Metcalf in the Llandudno goal. Matty Owen made in 3-0 after just 21 minutes of action. The visitors offered a rare sortie on goal two minutes from half-time and it produced a goal for striker Lee Thomas. In truth there was no realistic chance of a comeback and this was confirmed with a brace from Scott Quigley after 78 and 90 minutes. It was a clinical display from the home side and one that augers well for a tilt at the Cymru Alliance title. 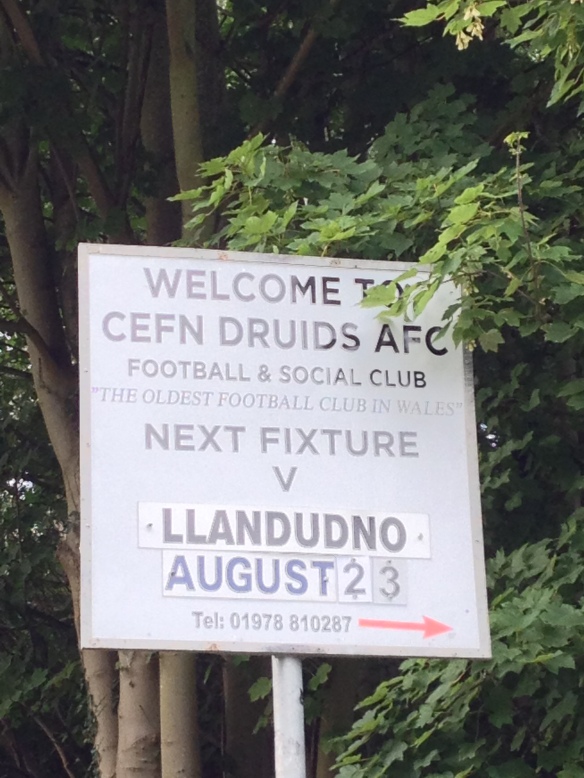 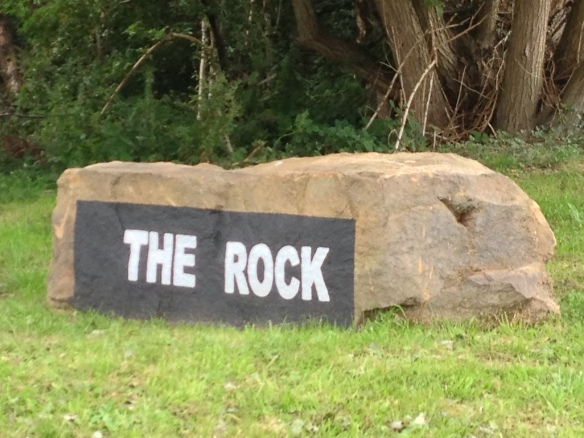 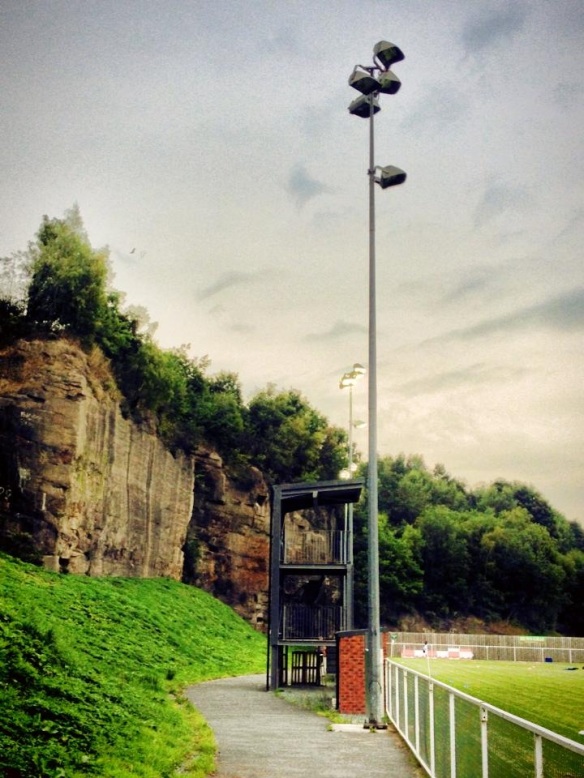