FC Pyunik have achieved so much in a relatively short period of time having been formed as recently as 1992. Initially they were called Homenetmen Yerevan and in their first season they shared the first Armenian Premier League title with Shirak Gyumri

In 1995 Homenetmen rebranded as Pyunik which is the Armenian word for Phoenix. However, the club ran into problems and did not compete in the 1999 and 2000 seasons. The club were reborn in 2001 with a new owner, Ruben Hayrapetyan. Rather than rejoin the League in the second tier Pyunik absorbed First League champions FC Armenicum so they were restored to the Premier League. Pyunik immediately won their fourth league title finishing well clear of runners up Zvartnots-AAL.

It was the start of huge success for Pyunik, the club’s ethos of signing the best Armenian players from other clubs as well as quality players from West Africa. They would win ten straight league titles between 2001 and 2010. They have only won one championship since, in 2014/15, but to highlight their domestic dominance their 14 titles is ten more than the next nearest challenger, Shirak Gyumri. Pyunik have also won eight Armenian Cups and nine Super Cups.

Their academy system produced Manchester United’s Henrikh Mkhitaryan. He joined the the club aged 6 in 1995 and made his professional debut at 17 in 2006. He would join FC Metalurh Donetsk in 2009.

The club played at the massive Hrazdan Stadium until 1999 when they moved to the Republican Stadium. When the Republican was being redeveloped Pyunik used their own stadium, a 770 seater stadium which was built in 2004 after they acquired the former Kilikia Sports Complex. Since 2013 their first team games have been played at the Yerevan Football Academy Centre on the outskirts of the city.

The clubs’ reserve side, Pyunik-2, have won the Armenian First League four times although not since 2007. They play their home games at the eye catchingly quirky Pyunik Stadium and it is here that we watch them take on Armenian First league leaders, FC Banants-2. The First League is made up entirely of reserve teams other than Erebuni who prop up the table. Banants were eight points clear of second place Pyunik at the start of play and tear into the hosts from the off. A hugely entertaining game ensues but the hosts are never really in the contest. Over 100 people watch the game, the ground has a pitch length seated stand with a media stand in the centre. It’s a decent facility and well worth a visit for a second tier game. 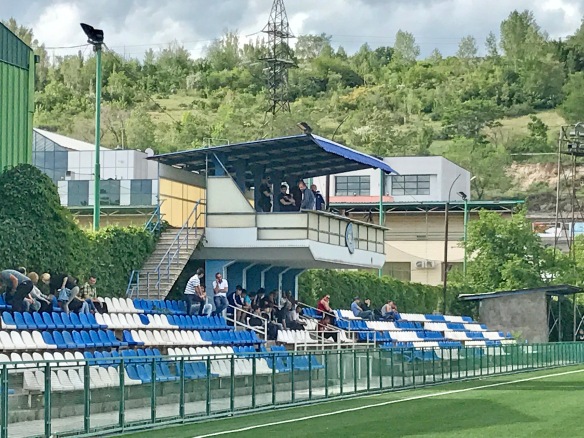 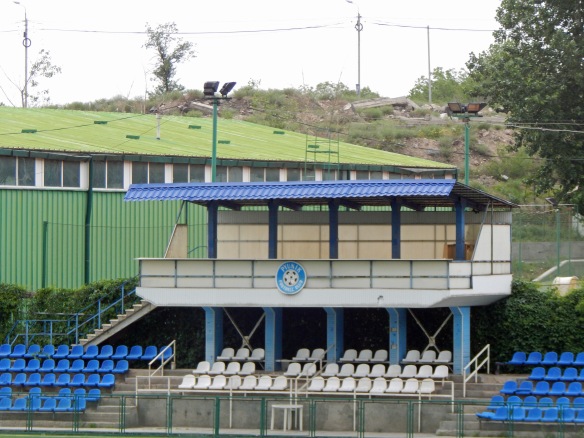 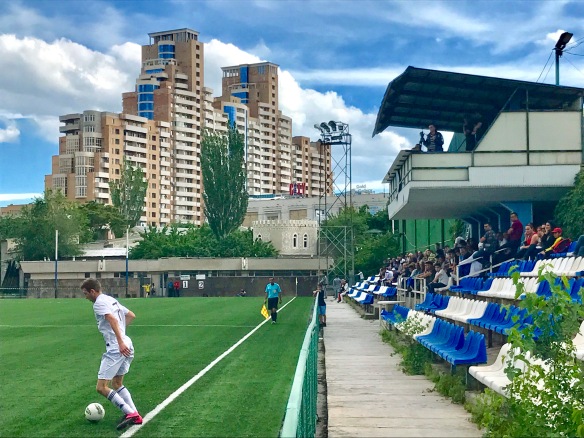 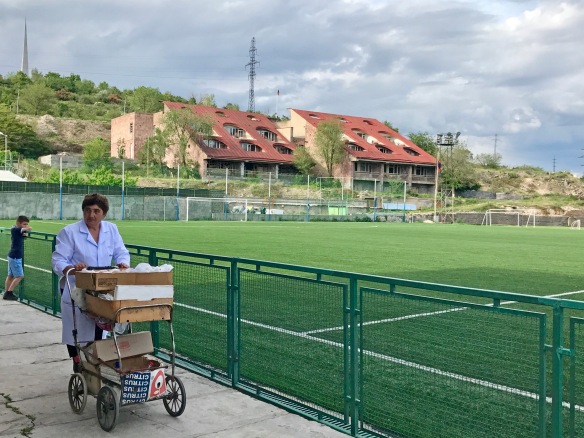