PFC Levski Sofia were formed in 1914 and are one of Bulgaria’s most successful clubs with 26 championships, only CSKA with 31, have more titles. They were formed as a football wing of the Levski Sports Club who had taken their name from the Bulgarian national hero, Vasil Levski. Born Vasil Ivanov Kunchev, Levski would be the spearhead for Bulgaria independence from the Ottomans. Sadly he would never see the end of his revolution, he was hanged by the Ottomans at the age of 35.

Levski originally played their home games on Levski Field (Grishte Levski) a stadium that would eventually hold 10,000 people. The stadium had only a short life, finished in 1934 it was knocked down 15 years later to make way for the new National Stadium. Levski were moved to the Yunak Stadium which was almost adjacent to their own ground. Here they shared with other clubs like FC 13 Sofia. Eventually the site of the Yunak was also needed for the National Stadium project and Levski had to find a new home.

Under the auspices of architect Lazar Parashkevanov the new Levski Stadium began construction in 1960 in the Suhata reka district of Sofia. Although the Levski Stadium was its official name the fans dubbed it “Gerena” (the flood plain) after the area it was located in. The stadium was opened officially in 1963 with a game against Spartak Pleven. It held some 36,000 spectators with the main stand being covered.

In 1969 the authorities merged Levski and Spartak Sofia and the stadium became a multi sport venue catering for boxing, gymnastics, volleyball and weightlifting. The adjacent training ground with four pitches was also built at this time. For a brief period following trouble at the Cup Final of 1985 against CSKA, the authorities changed Levski’s name to Vitosha Sofia. While some players and officials were banned for life, the club were allowed to re-adopt the name Levski after four years had passed under the Vitosha moniker. In 1990 the stadium was renamed in honour of one of Levski’s greatest players, Georgi Asparuhov. Known as Gundi he was one of the most prolific scorers of his generation and an icon for the Levski supporters. He was killed in a car crash in 1971 aged only 28.

From 1992 the plan was to turn the stadium into an all seater arena. Due to economic problems the project took seven years to complete with Levski having to play hone games at the National Stadium in the interim. The eyecatching scoreboard surrounded by the Cyrillic letter for “L” (Л), was built in 2006. Plans for the total redevelopment of the ground were announced in 2011 but so far only the new main stand, opened in April 2016, has materialised. Strangely this leaves the stadium without a roof on any part. The stadium which has held 60,000 on two occasions, against Górnik Zabrze in 1970 and four years later against Pirin Blagoevgrad, now holds a more modest 25,000 and is currently called the Vivacom Arena following sponsorship.

Tonight’s game is against FC Dunav from the northern town of Ruse close to the border with Romania. It is part of the end of season round of games when the league table splits in to a championship and relegation pool. With Razgrad based side Ludogorets looking odds on to win a sixth successive title, the chase is on for the other European competition places. On a bitterly cold night, there are periodic flurries of snow, a meagre crowd of 620 gather in the Asparuhov Stadium. The majority gather at the south end of the stadium where the Levski ultras sing constantly and let off a token bit of pyro in the second half. In the away end around 20 hardy Dunav fans who have made the long trip to the capital.

The game’s opening goal came as early as the sixth minute when a free kick from the impressive Spanish midfielder Añete took a flick off the head of Dunav’s Miroslav Budinov and nestled into the net beyond the reach of the goalkeeper. The rest of the game was played out in snowy conditions and just when it looked like Dunav would not find an equaliser, Lebanese midfielder Samir Ayass seized on a poor clearance to drill home from ten yards.

With Levski’s last Championship back in 2009 and a rich heritage of heroes like Vasil Levski and Gundi Asparuhov casting such a voluminous shadow the club are in real need of a new hero to help end the domestic dominance of Ludogorets and bring success back to the capital.

Admission: 20 Lev (c.£10) to main stand although tickets to other parts of the ground were priced at 5 and 10 Lev. 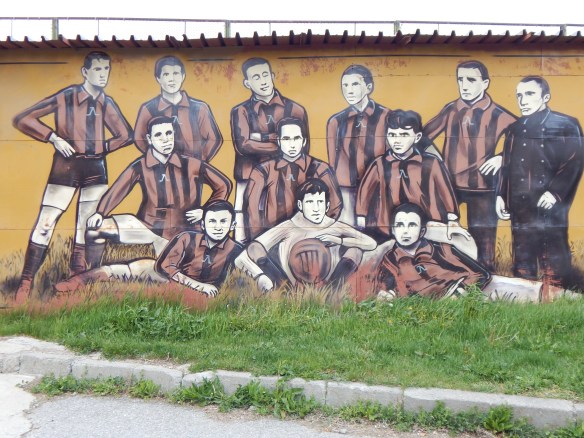 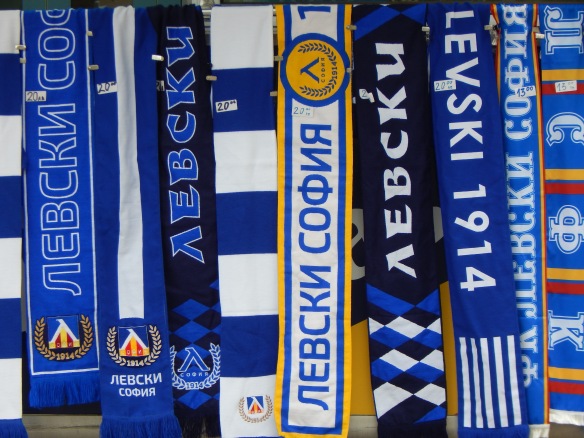 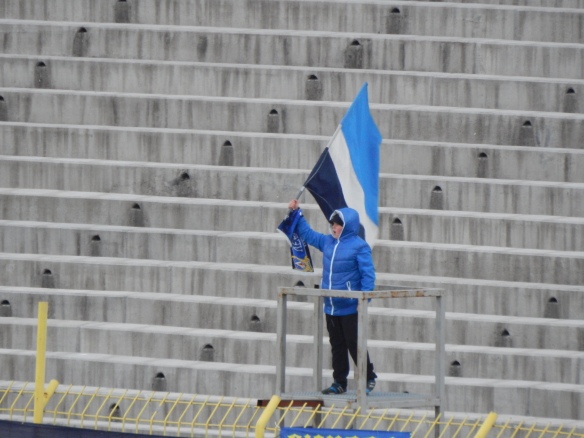