PFC Slavia Sofia were formed in 1913 by students and the new clubs’ first president, Dimitar Blagoev-Palio, was only 21 years old at the time. Since those formative years the club has won seven League titles and seven Bulgarian Cups to its honours list. Their most recent League success came in 1996, the year they also last won the Bulgarian Cup defeating Levski 4-0 in the final.

Slavia had their best run in Europe in the 1966/67 Cup Winners Cup when they defeated Swansea City, Racing Club Strasbourg and Servette before bowing out to Rangers at the semi final stage. In 1969 Slavia briefly merged with Lokomotiv Sofia under the name of ZhSK Slavia. However, the merger last just two years after 100,000 supporters demanded the the clubs be allowed to operate as separate entities once again.

Originally the club played at the ground of its predecessor club Sport Club Razvitie. The club was then allocated land adjacent to the Russian Monument in Sofia where they played until they moved to their own Slavia Stadium in 1960. The stadium is located in South West Sofia in the area known as Ovcha Kupel.

After several attempts at renovation the Slavia Stadium holds a little over 25,000 people and also hosts the under 21 matches of the Bulgarian national team. Paradoxically new stadium criteria bought in by the Bulgarian FA means Slavia cannot play home games at their own stadium as there are no floodlights! For this season it means all their home matches are being staged at the 43,000 capacity Vasil Levski National Stadium well away from their traditional support. Their attendances have been ridiculously low, even though it is only 5 Lev (£2.50) to get in at the Vasil Levski. For today’s game it appeared that there were around 200 people rattling around this vast empty amphitheatre with around 40 in the sector allocated to fans from Plovdiv. The official attendance, presumably just the paid ticket sales, was 90 which makes the whole exercise frankly embarrassing for the League and for Slavia. Hopefully the Bulgarians can follow the Hungarian model in bringing their ageing stadia up to a decent standard.

Today’s game is part of the First League’s relegation pool. This has two groups of four whose top two proceed to a play off for a Europa League spot while the bottom two in each group go into a relegation play-off. Today Botev Plovdiv are the visitors to the capital and they easily outplay a dispirited looking Slavia. There is a small group of around 50 Slavia ultras in this vast stadium and unfortunately they seem happy, in between bouts of their anthem “Samo Slavia” (“Alone Slavia”), to direct monkey chants towards Botev’s French striker Omar Kossoko. However, almost immediately after the chants started Kossoko responded in the best way possible with a clinical finish following a poor attempt to save a shot by the home goalkeeper. The visitors doubled their lead before half time when Antonio Vutov, on loan from Italian side Udinese, waltzed through a cumbersome Slavia defence before finding the net with some aplomb. Kossoko netted the third in the second period and the visitors ended up as very easy winners.

Feels such a shame that such a vast modern stadium has a few dozen people watching matches with little or no atmosphere. Surely common sense should prevail and Slavia will be allowed to play games in front of something resembling a crowd at their own stadium.

Att:90 (at Stadion Vasil Levski)
Admission: 5 Lev (the Main A stand only open) 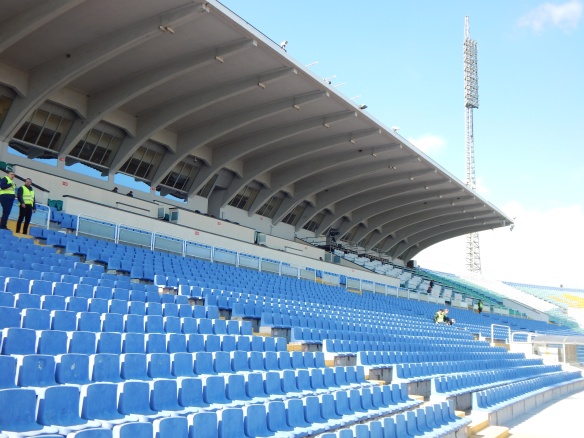 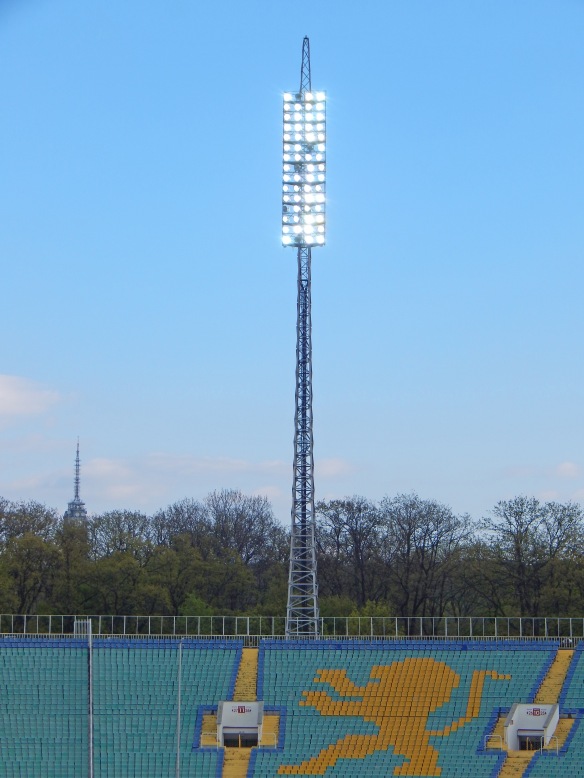 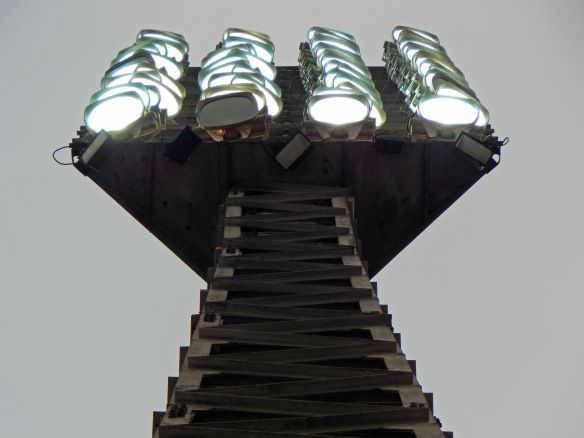